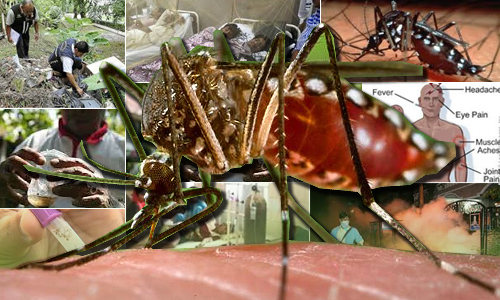 Twenty year ago, my close relative almost perished in Labuan, from what was later diagnosed to be dengue, the real cause of her suffering which the hospital in Labuan, where she lay dying for a few days, had been unable to confirm. She was only saved after being air-lifted to Kota Kinabalu (KK).

Fast-forward 20 years to yesterday, another close relative, after successive days of high fever, had undergone dengue tests at a Labuan hospital, which returned negative; and unconvinced, rushed to a hospital in KK which only hours later overturned the Labuan verdict, and saved his own precious life.

What would have happened if they were poor, ignorant or for one reason or another unable to seek a life-saving second opinion in KK, which is a long hour away by flight, even longer by ferry?

Labuan is a federal territory, an international off-shore financial centre, a tax-free haven and until recent times a bustling oil-and-gas hub. It also has the honour of being the second richest state or territory in the country (Department of Statistics Malaysia, official portal), is therefore richer than Selangor and Penang, and could – proudly? – call itself a developed state.

Yet, yet, unbeknown to even the 80,000 or so unfortunate inhabitants on this idyllic yet prosperous island, Labuan is without adequate medical equipment or expertise to run tests for dengue, that dreadful and increasingly fatal disease to which absolutely anyone and everyone can become an easy target.

Dengue is commonplace as snatch thievery nowadays – everyone knows someone close who was once a victim- and dearer in medical, human and social costs.

In December 2016, The Health director-general had reported a worrisome rise in dengue cases in eight states (The Malay Mail Online, Dec 4, 2016). In February, The health minister had asked the country to brace for a spike in dengue around the summer months (The Star, Feb 14, 2017).

The statistics speak by themselves, clearly and loudly.

Almost 100,000 dengue cases resulting in 220 deaths were reported across the country in the whole of 2016 and in January 2017 alone, over 8,000 cases were reported. All future predictions point north.

One thousand nine hundred and twenty three dengue cases per week and 4.2 deaths each week, every week of the year.

Is it preposterous to suspect that dengue and fatality caused by it or related to it, have reached epidemic proportions, and serious actions beyond the doling out of statistics and warnings and precautionary advice are in order and most urgently so?

And poor Labuan, despite all its riches and federal patronage, is short of basic medical capacity to manage effective tests for dengue viruses.

What’s happening, Labuan? What’s happening, the Malaysian Health Ministry?What does it take to make effective dengue testsas readily available as buying eggs or cigarettes in the second richest state or territory of Malaysia and in all parts of Malaysia?

Try as we should, but if we face great challenges in stoppingAedes from breeding and multiplying and biting, we should at least try harder and more seriously to stop it from killing.

how can we help you?

Contact us at the Consulting WP office nearest to you or submit a business inquiry online.

Are your competitors talking about you in their boardrooms? Can every employee articulate your strategy and are they empowered to execute on it?

Since Consulting WP’s founding in 1985, strategy has been our core business. We work with companies in every industry to develop strategies that deliver results.