How The Dengue Virus Opens Up To Human Hosts Read more from Asian Scientist Magazine at: https://www.asianscientist.com/2017/04/in-the-lab/dengue-virus-expansion-human/ 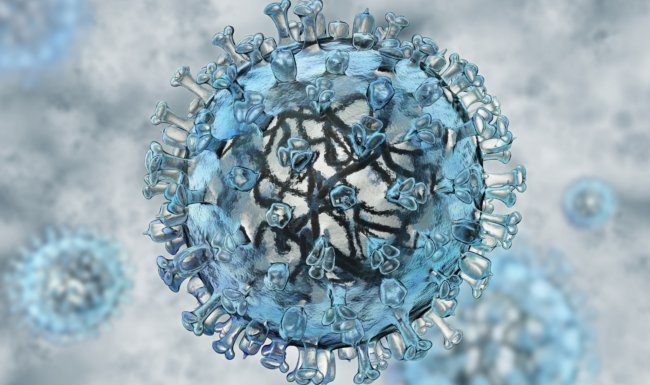 AsianScientist (Apr. 6, 2017) – According to a study published in Nature Communications, the dengue virus expands by 20 percent when it enters the human body. This expansion reveals weak points on the virus structure which could be targeted by new therapies. Dengue fever, caused by the dengue virus transmitted by the Aedes mosquito, is a serious global healthcare challenge which sees approximately 390 million infections annually. In Singapore, more than 13,000 people were infected in 2016, resulting in nine deaths. While a vaccine against the virus is now commercially available, it is not effective against all the four dengue viral subtypes. In particular, only serotype 2 is known to expand at 37°C, a temperature associated with entering the human body. Why serotype 2 behaves this way, despite a high degree of similarity with the other three serotypes, remains unknown. To better understand the basis of this differential expansion, a team of researchers from the National University of Singapore monitored the changes that the dengue virus undergo in three different conditions: inside the mosquito (28°C), inside a healthy human (37°C) and inside a patient suffering from dengue fever (40°C). They found that when the dengue virus is transmitted to a healthy person, the change in the temperature of the host causes the virus to swell by 20 percent. This expansion exposes weak spots on the surface of the virus that were previously hidden. “When the dengue virus is outside the human host, several of its surface regions are tucked away within a compact soccer ball-like arrangement. When the virus enters a human host, it senses an increase in temperature and puffs up to reveal new surfaces,” explained lead researcher Associate Professor Ganesh Anand. “This is a very exciting discovery as it offers numerous possibilities of designing therapies and vaccines to target these exposed surfaces to treat dengue as well as other related viruses such as Zika and chikungunya. Our team will be working towards this goal.” Read more from Asian Scientist Magazine at: https://www.asianscientist.com/2017/04/in-the-lab/dengue-virus-expansion-human/

how can we help you?

Contact us at the Consulting WP office nearest to you or submit a business inquiry online.

Are your competitors talking about you in their boardrooms? Can every employee articulate your strategy and are they empowered to execute on it?

Since Consulting WP’s founding in 1985, strategy has been our core business. We work with companies in every industry to develop strategies that deliver results.